What began as a simple conversation over coffee at The Bagel Shop with Hansel D’Souza in Bandra gradually snowballed into one of the most enjoyable grassroots festivals in Mumbai at the Juhu Hamara Football Fiesta 2019! For us at Footie First, it was a wonderful opportunity to collaborate with a group of people committed to the betterment of the Juhu neighbourhood and society at large.

Conducted on 2nd and 3rd February at the MHADA Grounds opposite Ecole Mondiale School, the Juhu Hamara Football Fiesta 2019 was conceptualised with idea of it being a fun event to bring children and families together from all walks of life – be it a Jamnabai school dad, girls from Arya Vidya Mandir school, a football coach from Borivali or kids from BMC schools. As execution partners, our job at Footie First was to ensure children got maximum time to enjoy their football while operating within the constraints of time, space and budgets. Moreover, we wanted to create a football experience for children that matched their physical and technical capabilities. 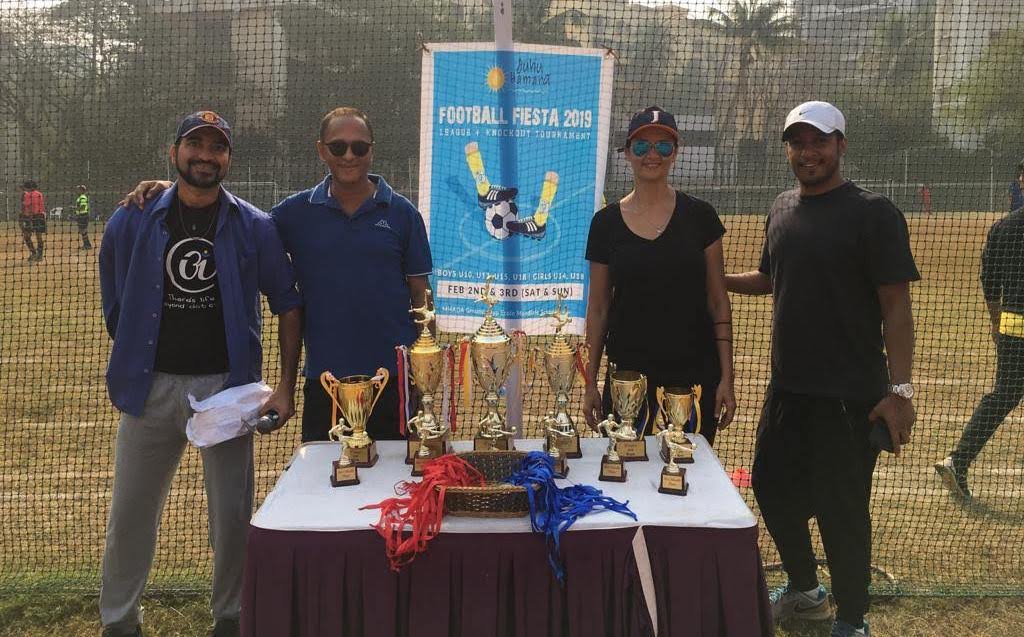 As luck would have it, in Ravi Jhawar and Trisha & Arup Roy Chowdhury, we found kindred spirits from Juhu Hamara’s organising team who were also as crazy about football and committed to giving their all for the kids. Their energy, resourcefulness and perseverance together with our capabilities helped bring nearly 500 children together for Juhu Hamara Football Fiesta 2019.

One of the biggest improvements in this year’s Juhu Hamara Football Fiesta was to play it in a league + knockout format. This meant ALL teams played a minimum of 3 matches. In doing so, we afforded children the breathing room to commit mistakes and make up for them. Our approach as a football coaching academy is always to allow children to experiment, try new things, make mistakes and learn from them. A knockout tournament, conversely, would have created unnecessary pressure for children and coaches to play it safe at an age where learning is more important than mere results.

The other positive change we made was to reduce the team sizes. Instead of playing 11 v 11 matches where kids (especially the younger ones) would struggle to be involved, we played small-sided 6 v 6 or 7 v 7 games. It enabled more touches of the ball, quicker thinking and sharper movement while exponentially increasing the pleasure of playing football! 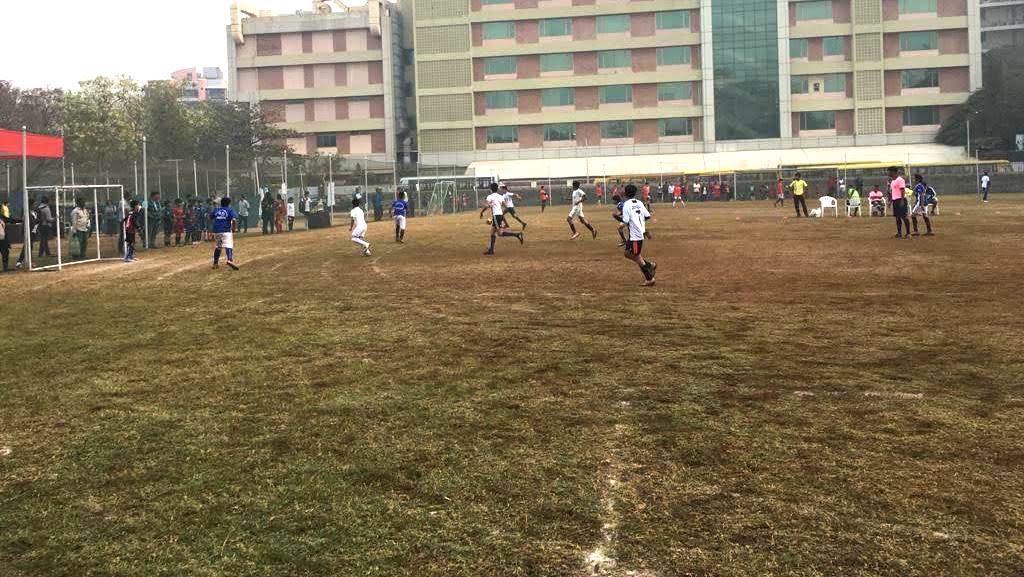 Played over Saturday & Sunday, children, coaches, parents and families egged each other on while maintaining a healthy sense of respect, sportsmanship and camaraderie. While teams fought tooth and nail on the pitch, many shared a laugh off it. Most encouragingly, it was fabulous to have 8 girls teams participate in this year’s edition of the football fiesta! Their confidence, fearlessness and willingness to compete has led the way for next year’s girls categories to be fought even harder. 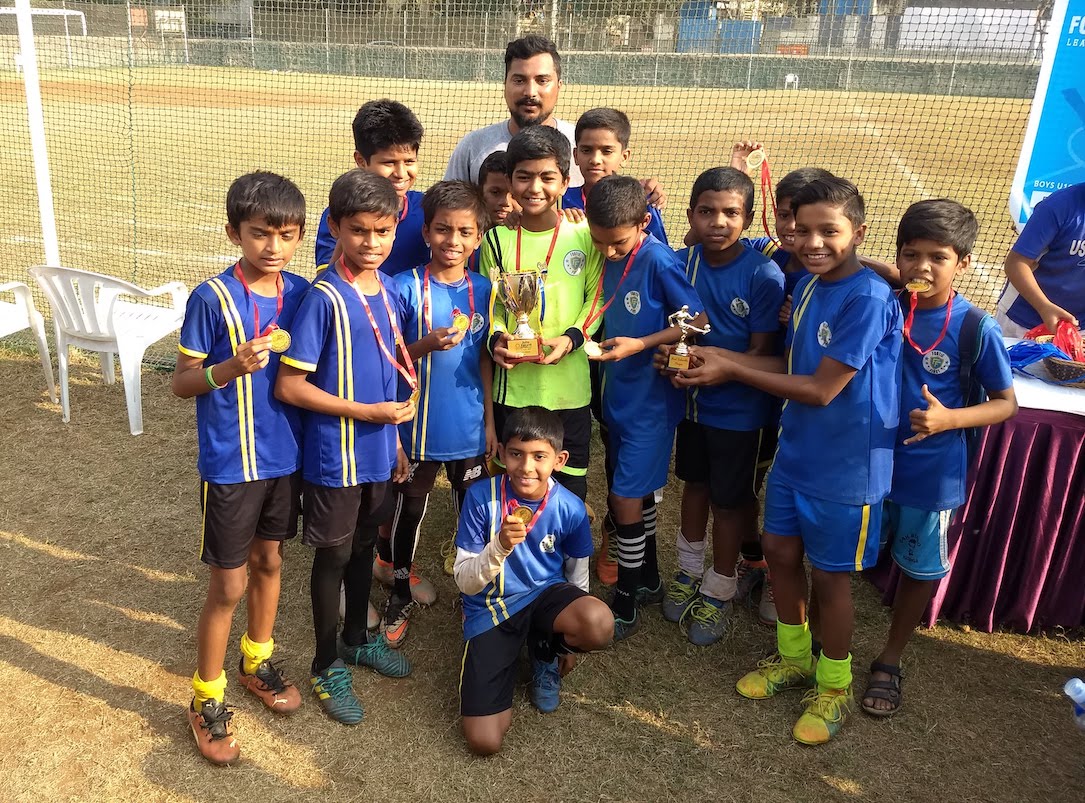 In keeping with our commitment to economically challenged kids, we ensured that every one of the Footie First teams that participated in Juhu Hamara Football Fiesta 2019 included children from our Social Responsibility Program.

Despite everyone’s best efforts, there could only be one winner in each category, so here goes:

As the dust gradually settles on Juhu Hamara Football Fiesta 2019, we’re sure that every child who lit up this festival of football with his or her presence took back something positive from the experience.

If you live in Juhu and would like your children (5 to 16 years) to train at our newly opened centre on Juhu-Tara Road, please call 9819 33 7766 or write to kick@footiefirst.in!